Komono is proud to introduce its latest capsule collection curated by the charismatic artist Baloji. Baloji is a poet, composer-lyricist/beatmaker, scriptwriter, actor and performer, video artist and stylist.

Critically acclaimed for his modern interpretation of Congolese music, Baloji infused his savvy and modern style into 4 unique styles of Komono sunglasses. This capsule will be launched simultaneously with Baloji’s new record “64bits & Malachite”, where all 4 unique styles are featured in the artworks. 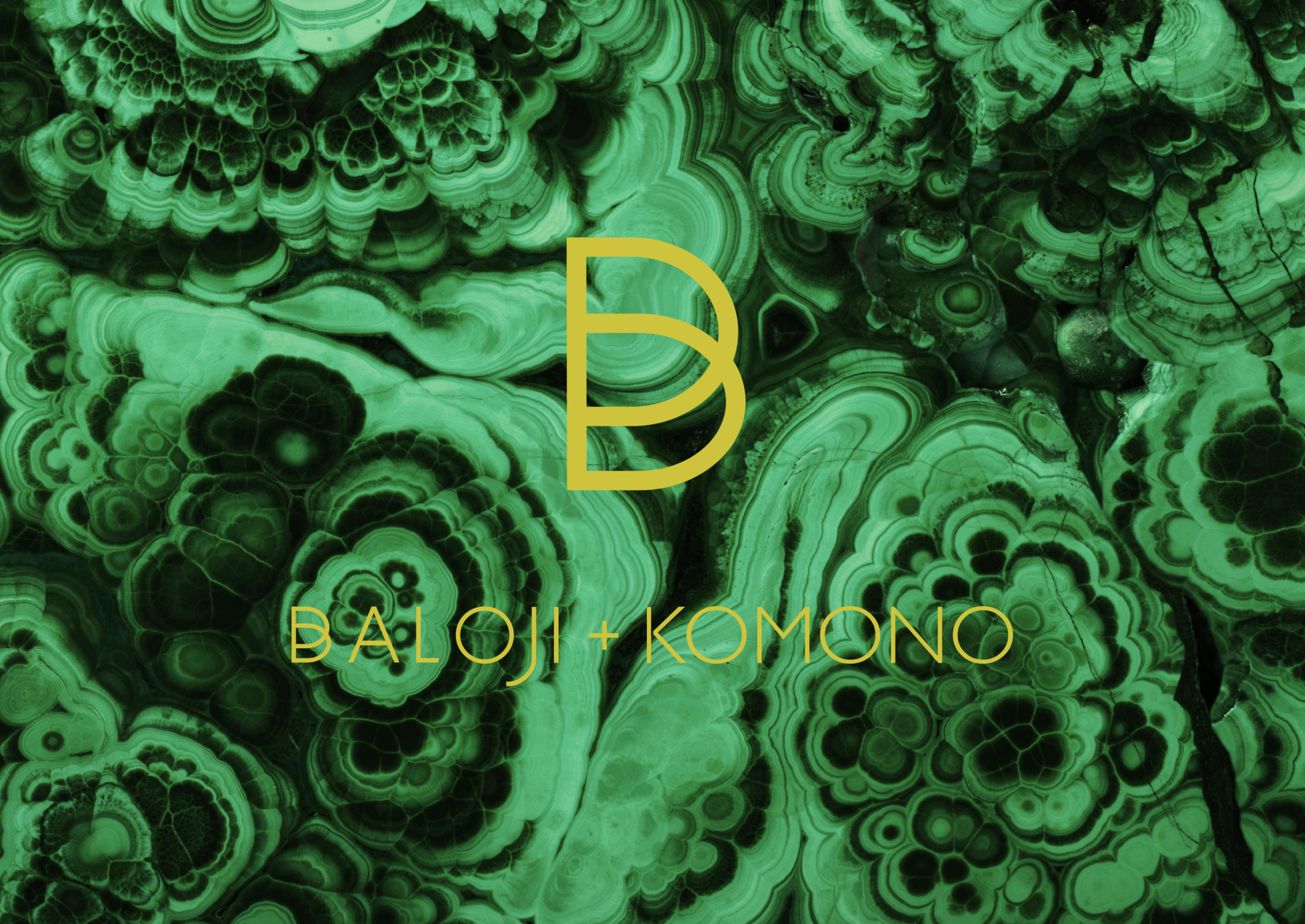 The collection embraces African elegance, of its era and current trends while drawing from a past colonial aesthetic model, that remains constant as a powerful inspiration and influence. This refinement implies a kind of exuberance because it defies racial and social categorisation. Gold because it has that ostentatious quality, yet the malachite remains dominant and sometimes resembles a green African tortoiseshell.

Baloji means “man of science” in Swahili, but during the colonial period, that meaning shifted to “man of the occult sciences and sorcery. 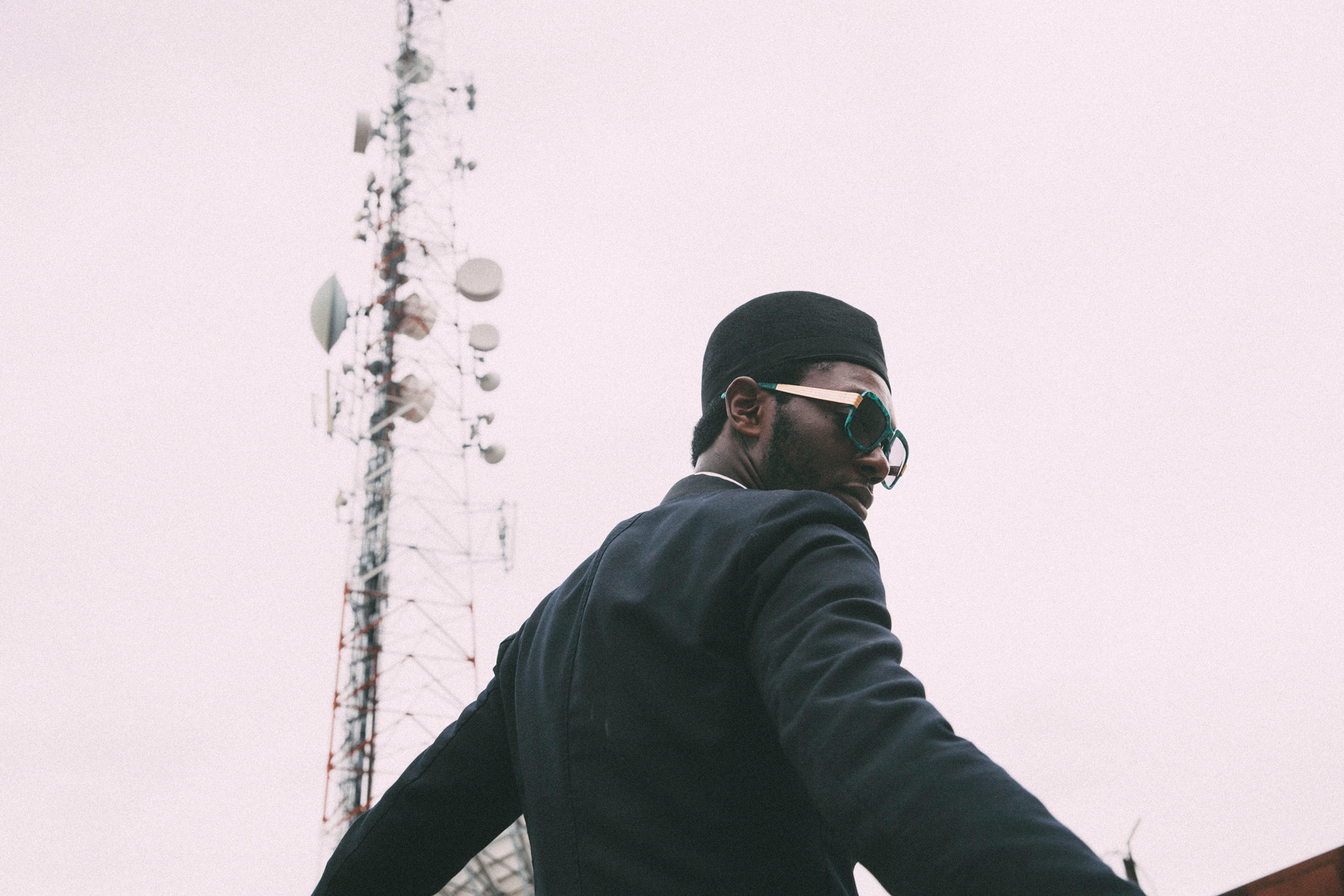 The over-sized Kitoko frame is inspired by 80s hip-hop styling and above all, by the glasses worn by Baudouin I, the Belgian king (1951-1993), nicknamed “Mwana Kitoko”, meaning ‘beautiful white man’, or ‘handsome young man’ in Lingala. Baudoin influenced the European inspired, middle class stylistic movements of the 1960s, which helped shape the tradition of Congolese elegance. 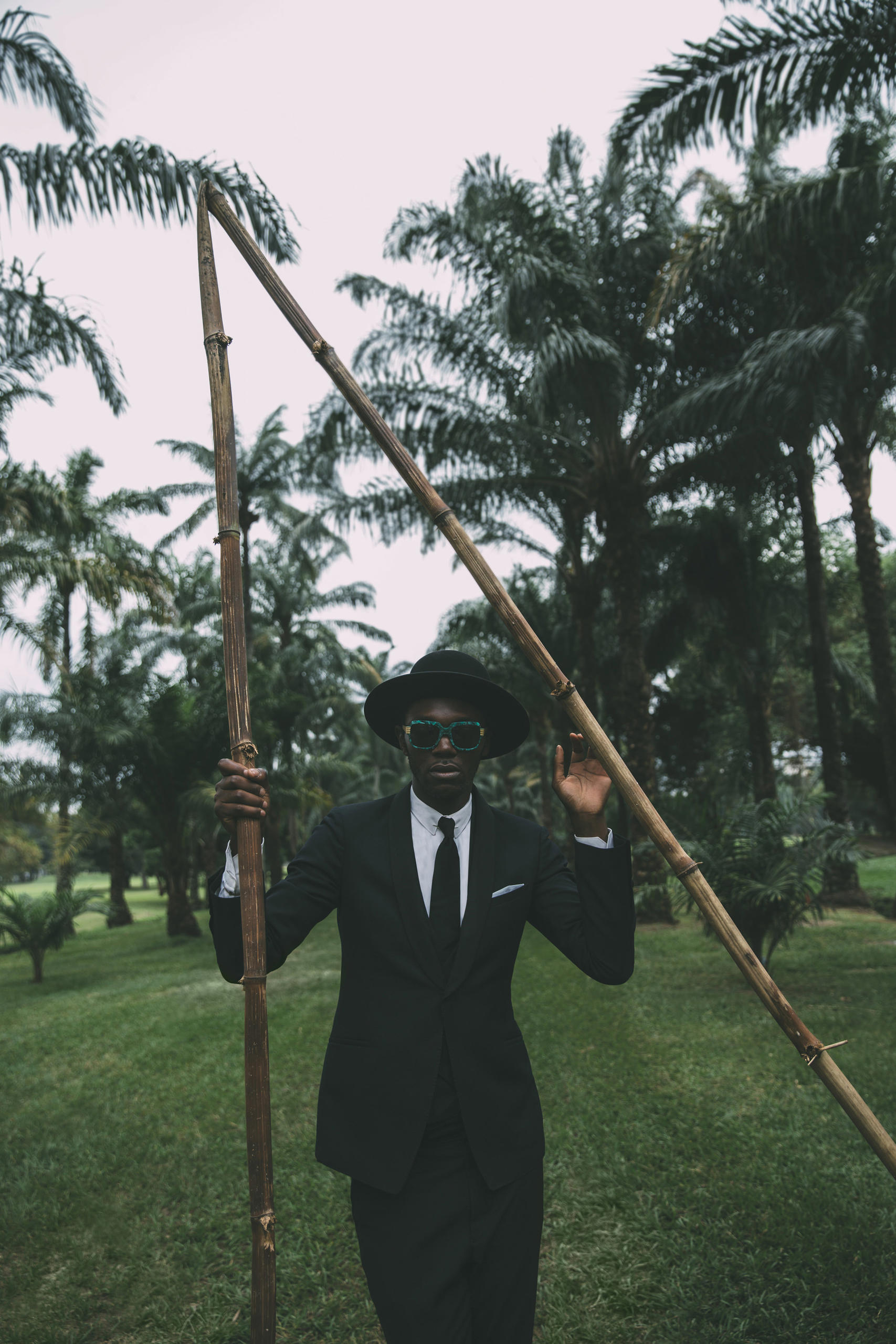 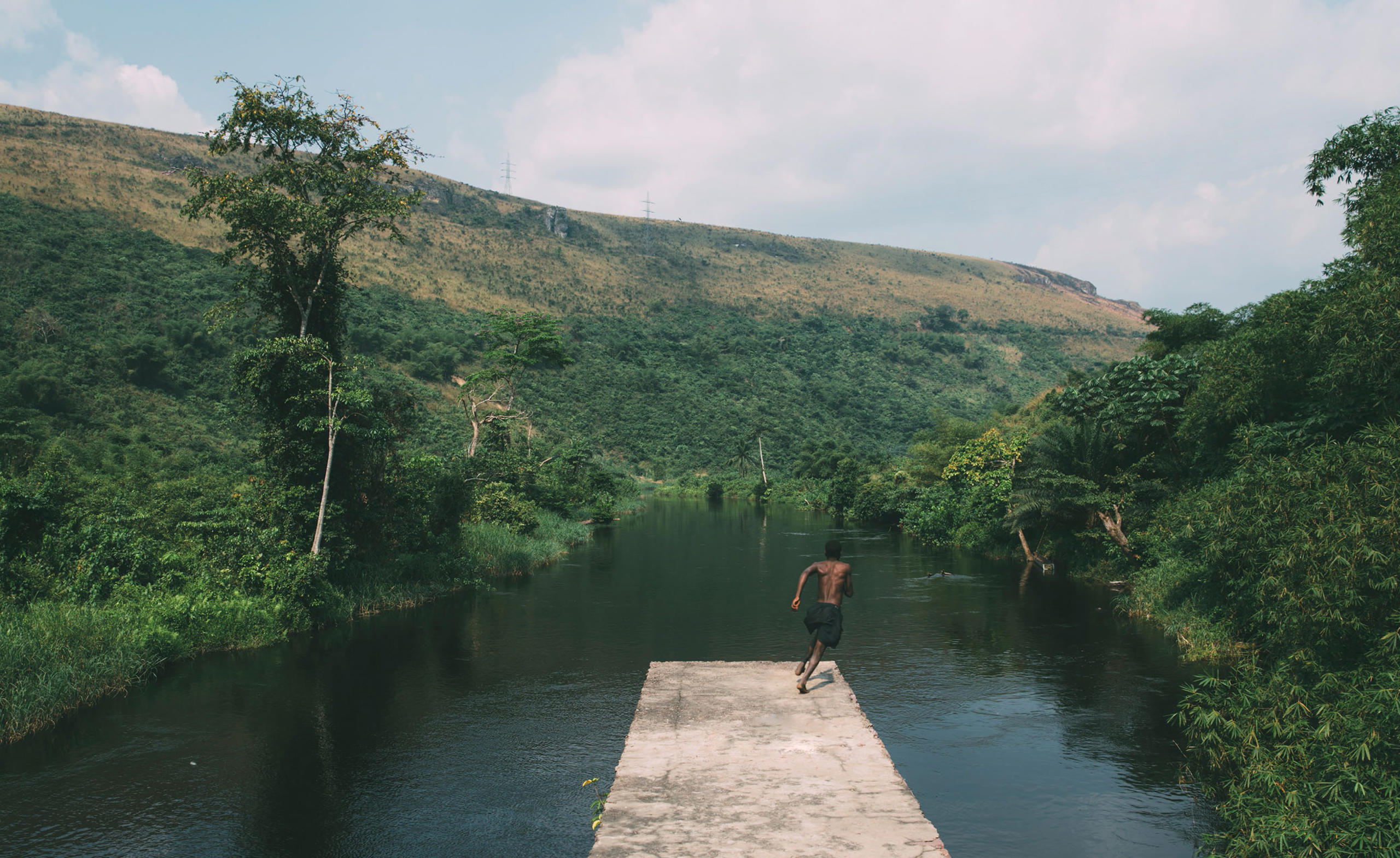 The Dizzy frame is a true artist’s style to be worn on stage, yet the small details make these sunglasses classy and elegant.

Pierre Mandjeku “Dizzy” is a legendary Congolese guitarist. He has mastered the Congolese musical revolutions over the past five decades and during recent years he has joined Baloji on stage. To Baloji, Dizzy is more than a band member; he is a role model, a surrogate father, and undeniably the most elegant musician ever. 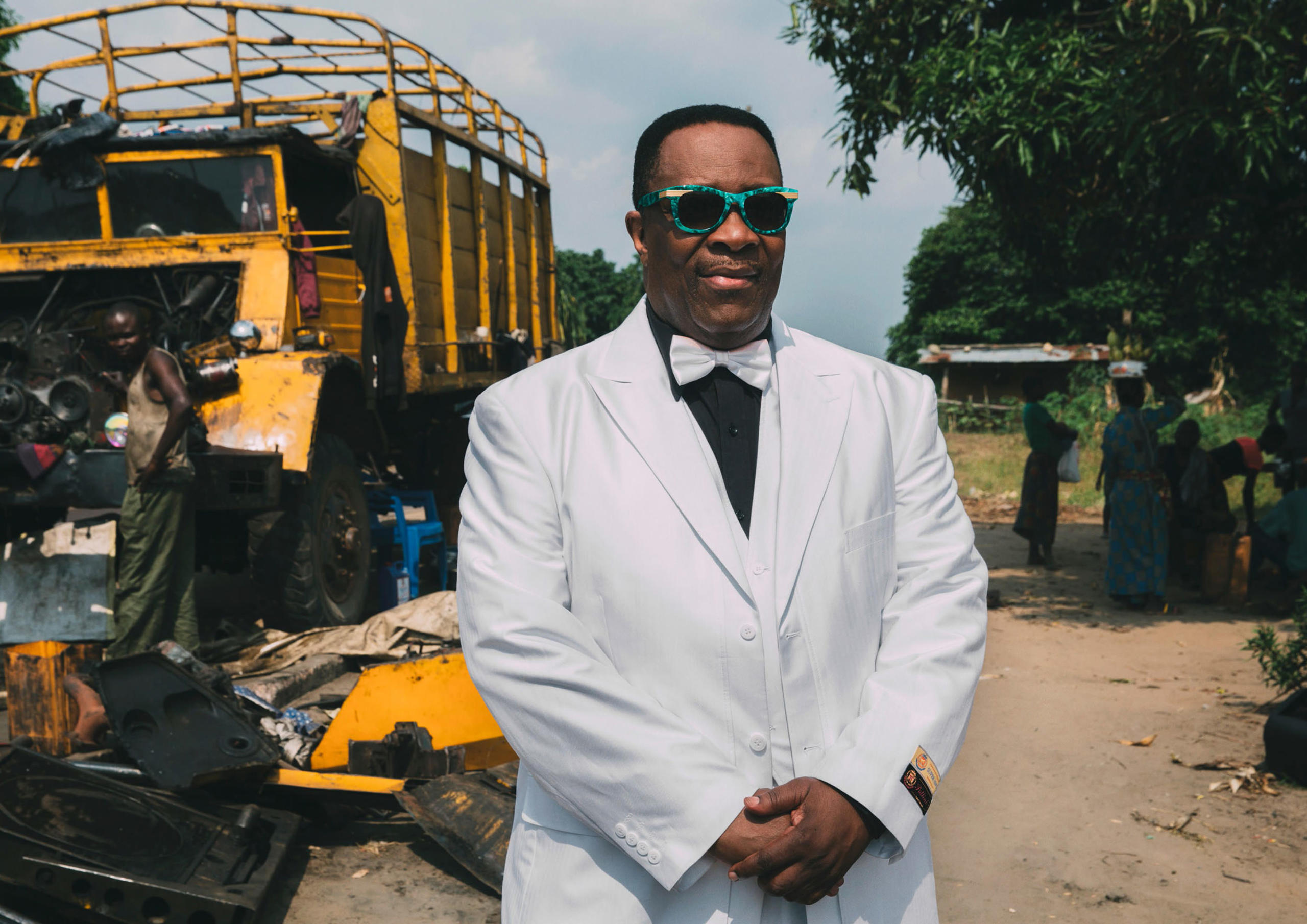 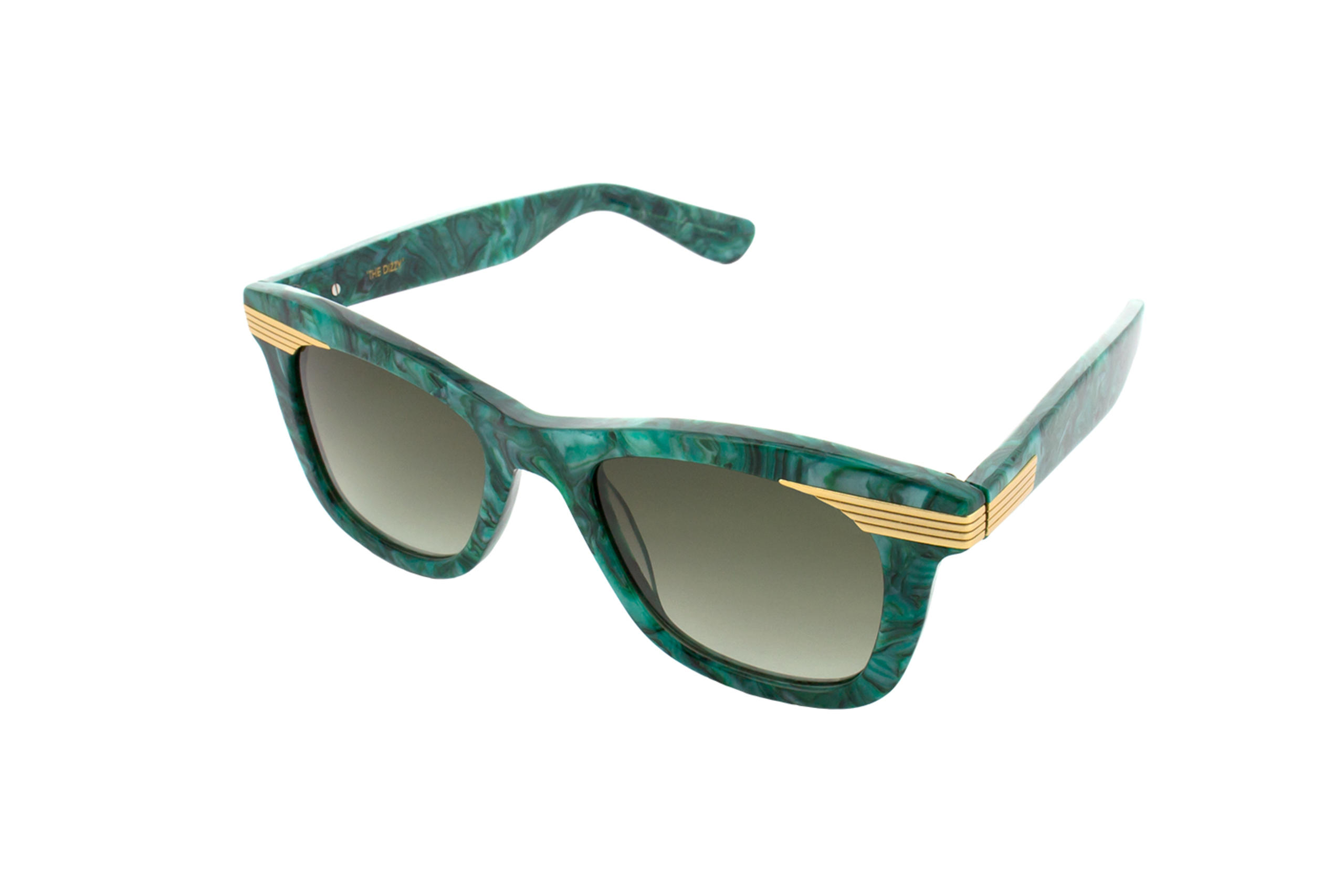 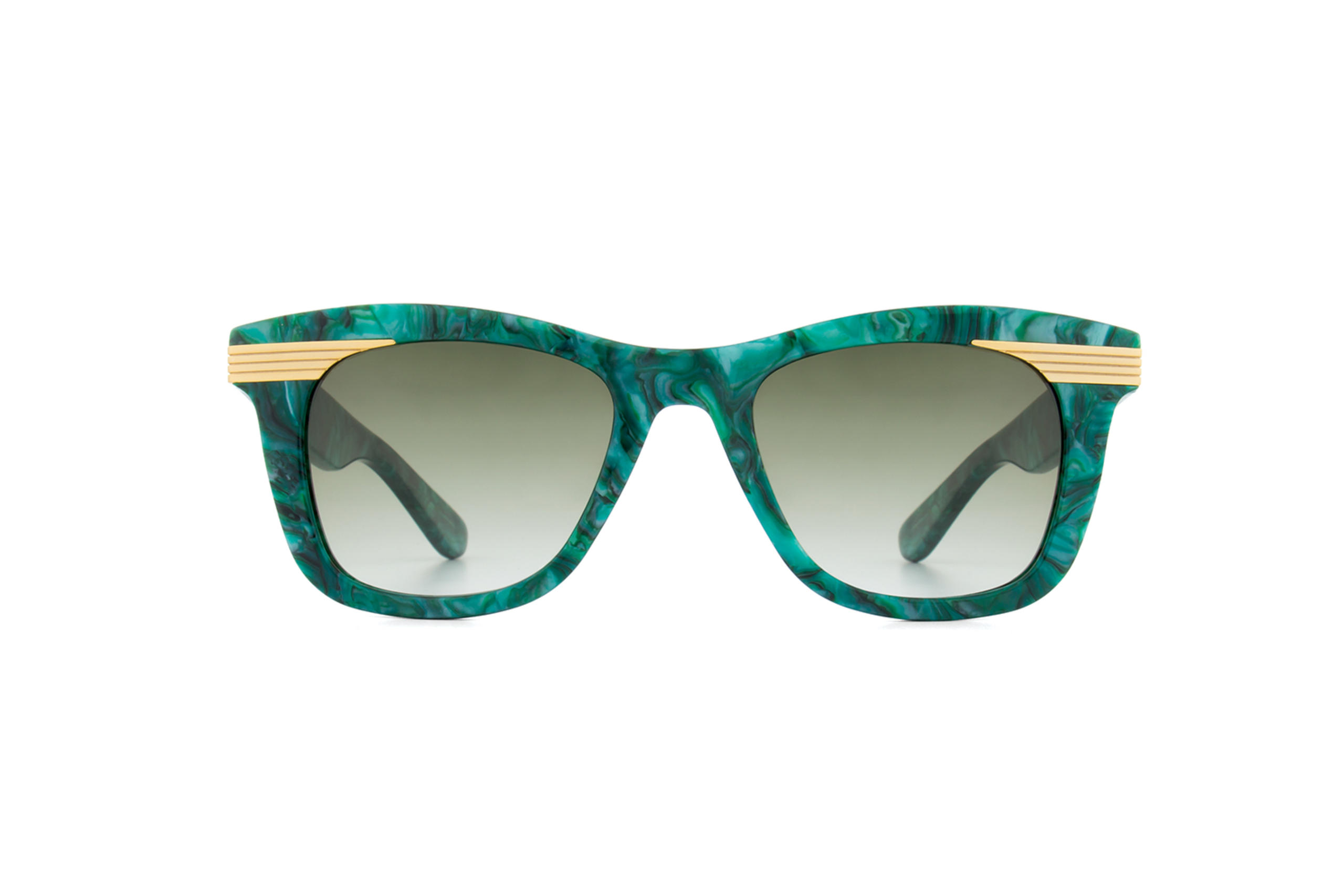 With hypnotic trance rhythms, Tshala Muana's music finds its natural extension in a secular dance: the Mutuashi. Tshala was a pioneer in an era where most women in music were little more than arm candy or dancers. Her apparently frivolous music and provocative choreography tackles big questions: the role of women and their right to pleasure in African society. She inspired Baloji to develop this libertine style with feminine gold rims: more than sunglasses; they are a statement. 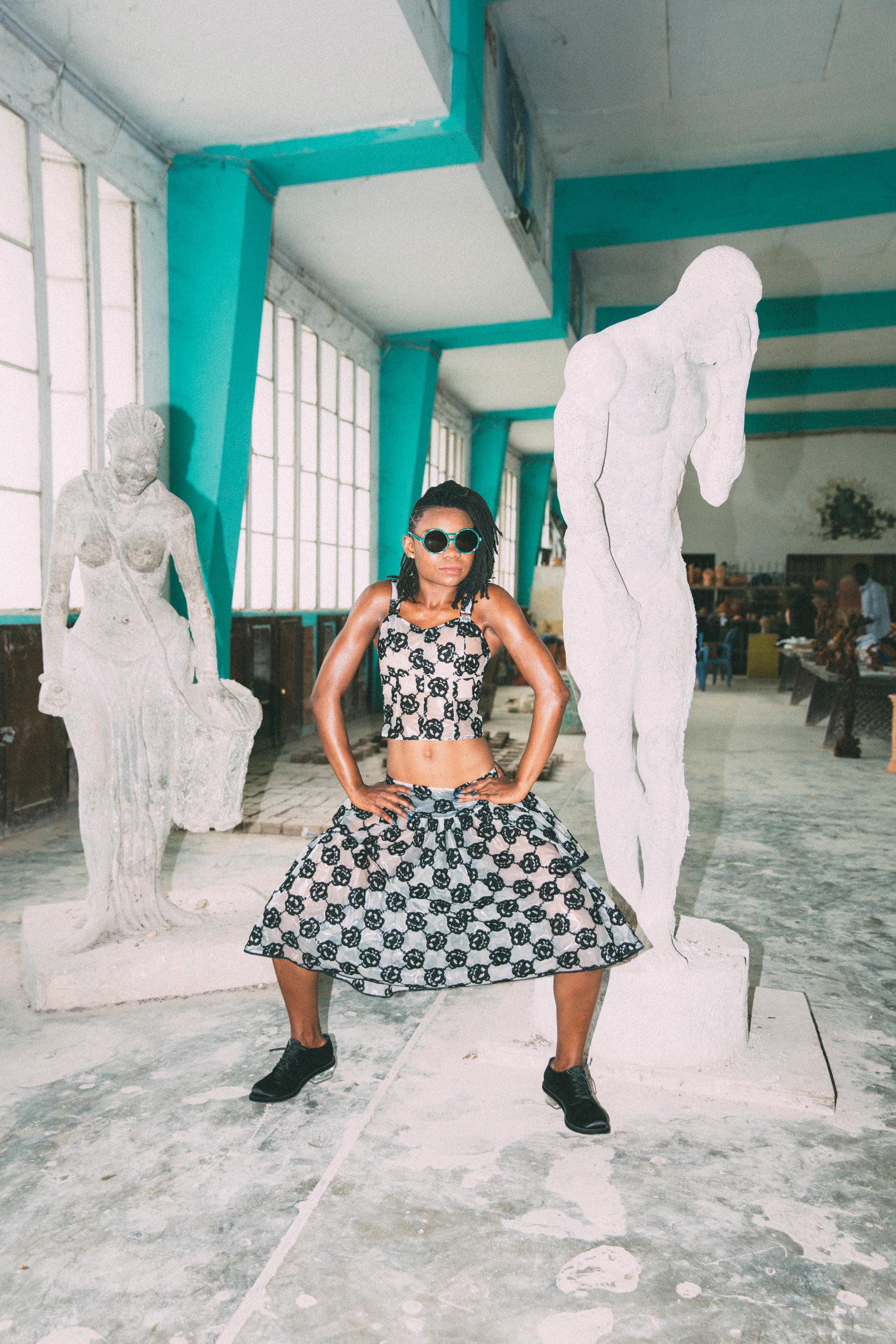 Big eyes attract attention and betray your thoughts: glasses can act as protection and disguise.

Mujinga is a tribute to Baloji’s mother. It was thanks to her big, almond-shaped eyes that he recognized her amidst the crowds in Lubumbashi market when they met for the first time after 25 years, a reunion that inspired this “Cat’s Eye” shape. Gold emphasizes the eyebrows, creating a distraction and the gold teardrops are like a tattoo, a permanent reminder of the melancholy that inhabits these women. 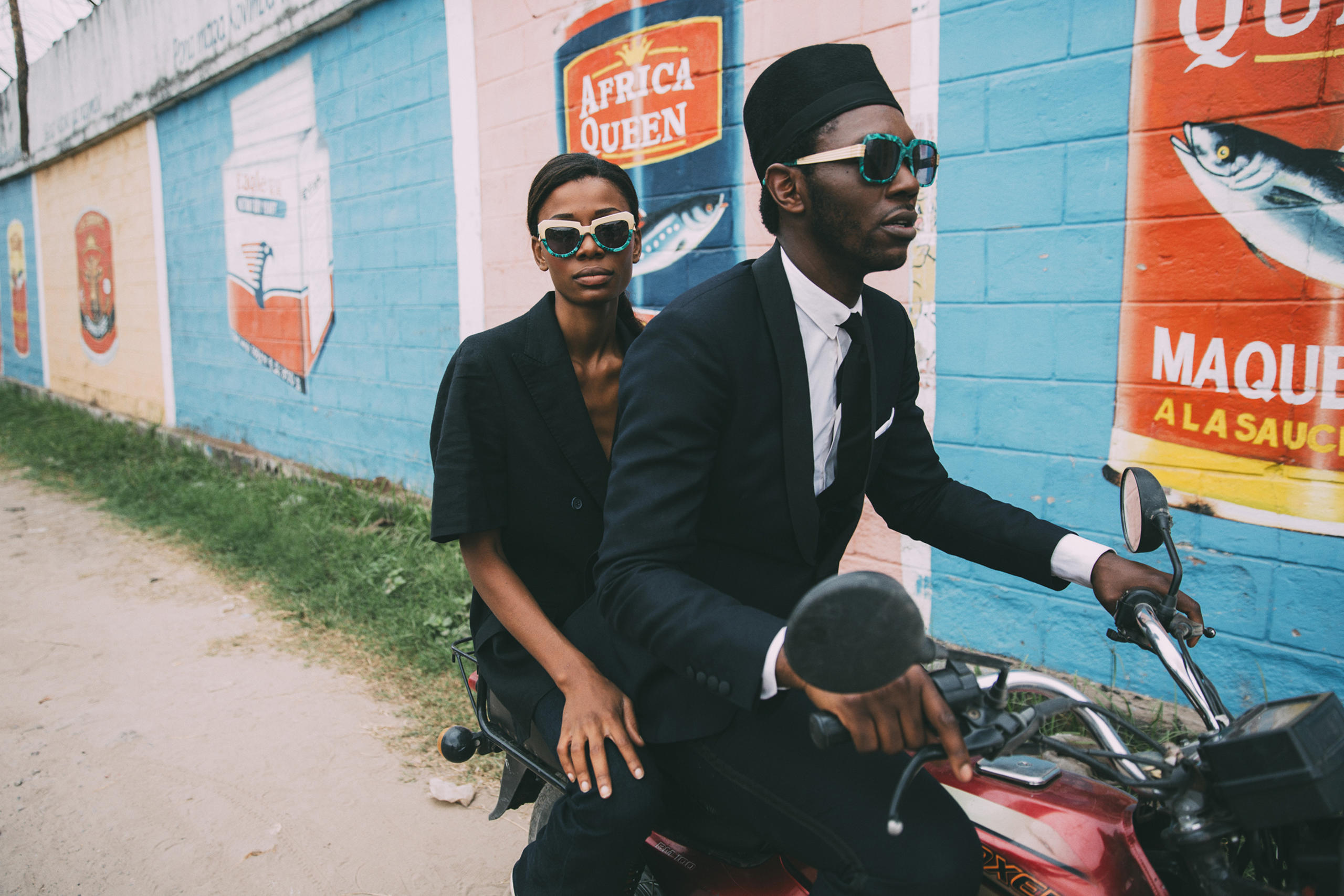 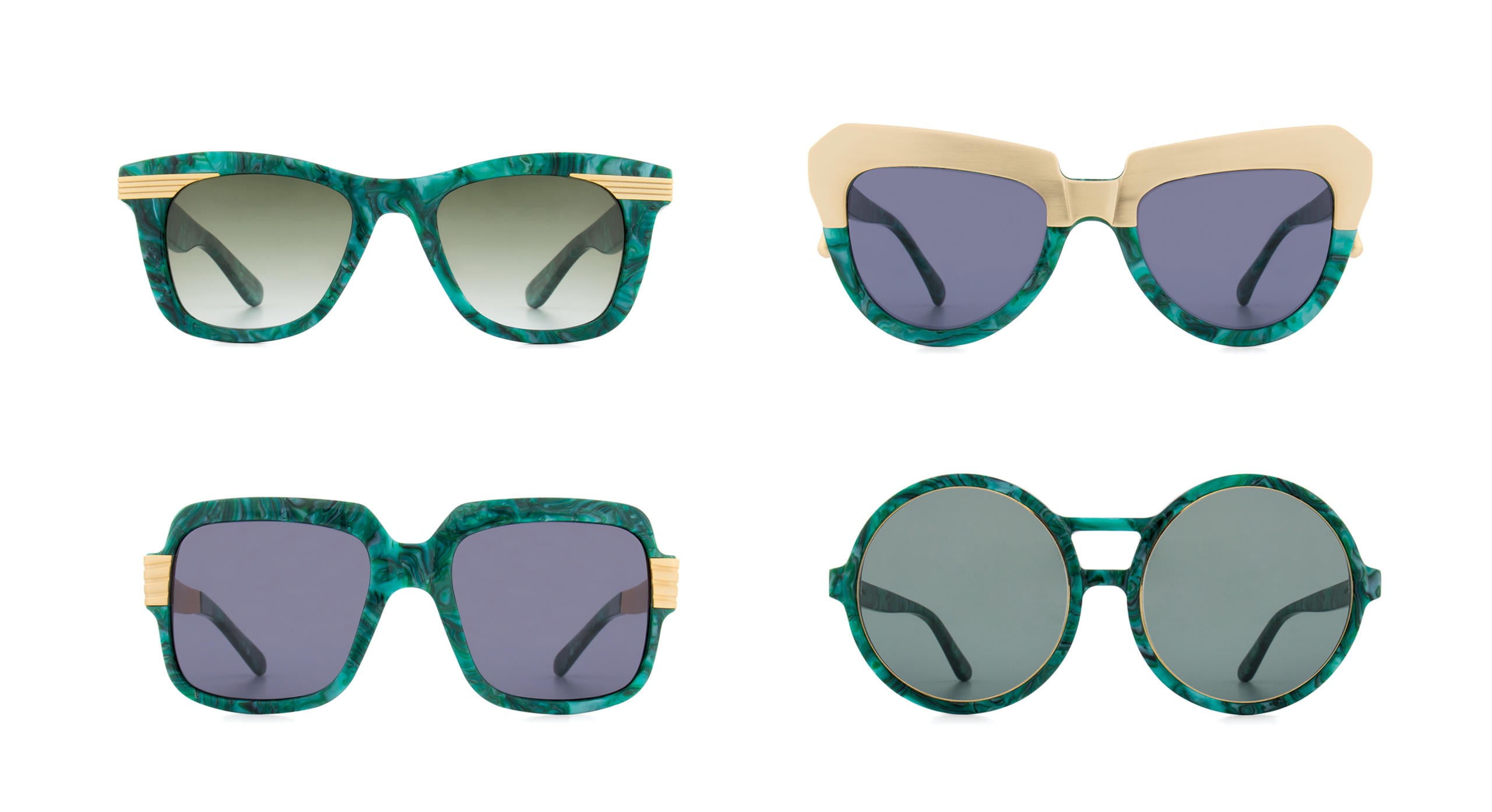 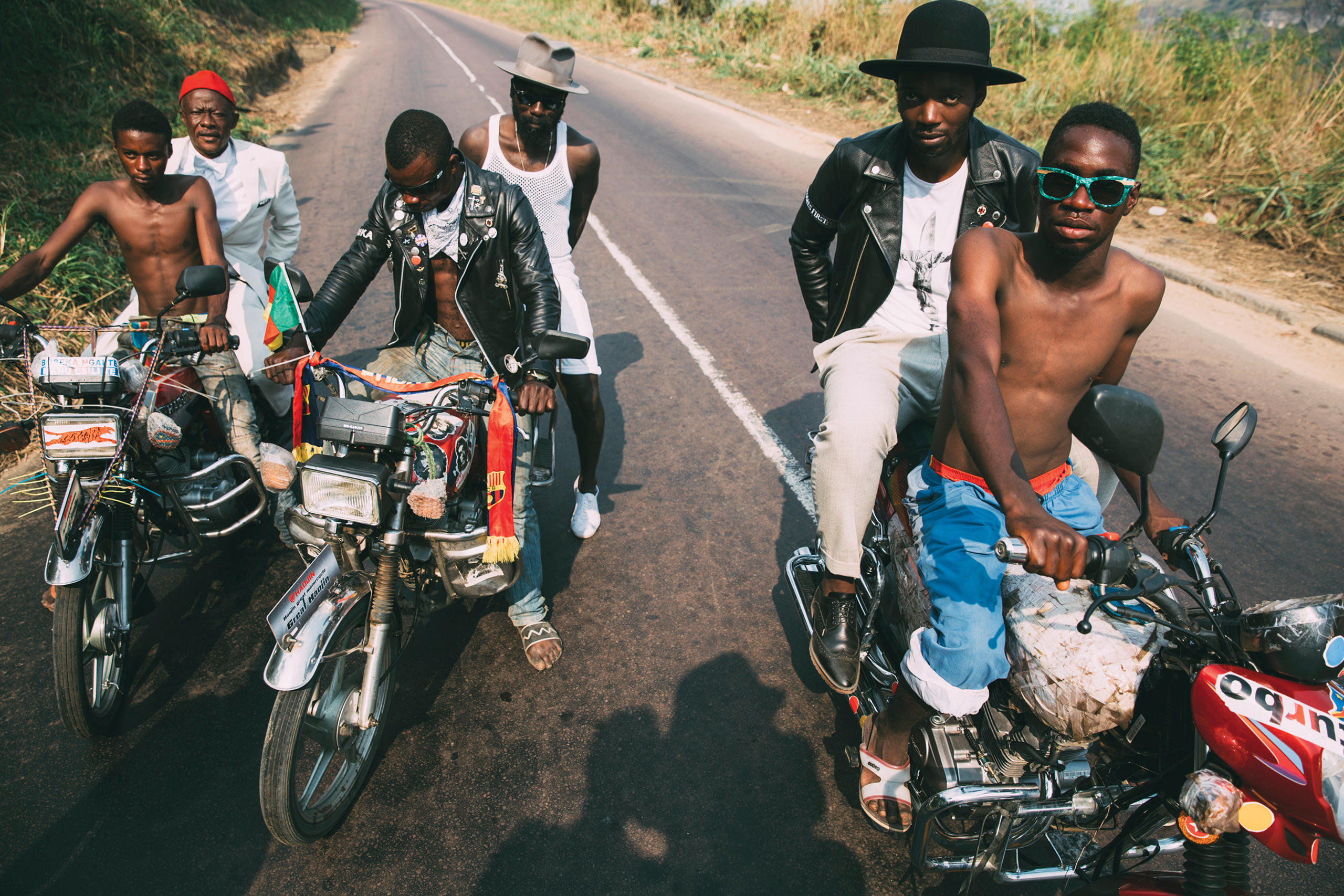